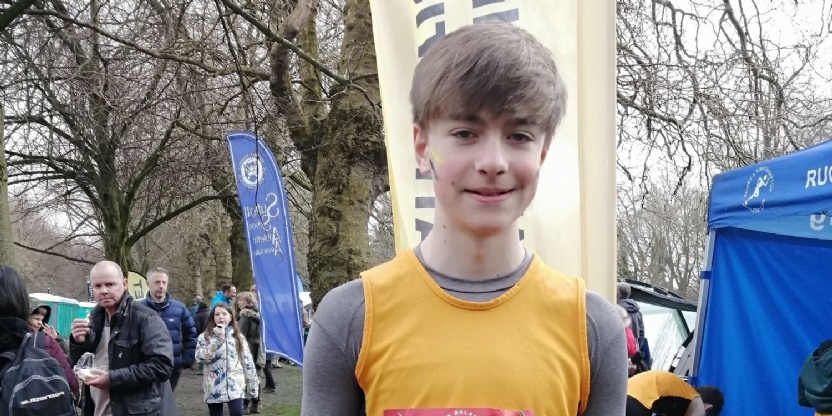 One of the last sporting events Princethorpe pupils took part in before the COVID-19 situation led to fixture cancellations was the prestigious English Schools’ Cross Country Championships 2020.

It was touch and go whether the race would actually happen and runners only received confirmation that it was going ahead on the Thursday night beforehand.

The event, which brings together the best athletes from England’s 46 counties to compete for the honour of being the best in the country, took place in the magnificent setting of Liverpool’s Sefton Park on Saturday 14 March.

Six Princethorpe runners had been selected to be part of a 48-strong Warwickshire squad, with the top eight runners from each age group representing their county on the day. Ava Farren Year 8, Kate Pomerleau, Year 8 and Grace Darcy, Year 9 in the Junior Girls (Under 15) category, Zak Johnson, Year 9 in the Junior Boys (Under 15) category and Tom and Will Crowfoot, Lower Sixth in the Senior Boys (Under 19) category.

Our hard-working runners had put in extensive training throughout the season in the build up to this pinnacle of the cross country season. In muddy and challenging conditions the Junior Girls ran a 3km course, the Junior Boys a 4.4km course and the Senior Boys a 6.7km course around the 235-acre park.

The start of each race was particularly spectacular, with each county’s eight runners lining up in their pens in the order in which they qualified. The ground literally shook at the start of every race as around 350 runners took off en masse.

At the end of a long and tiring day the final results were as follows:

Will Bower, Head of Outdoor Education, commented, “Our runners did fantastically well to qualify for this prestigious event and performed very well on the day against very stiff competition. They all did the College and the county proud.”

Congratulations to all our runners and many thanks to their dedicated parents for their support during the season and taking them up to Liverpool for the Championships.