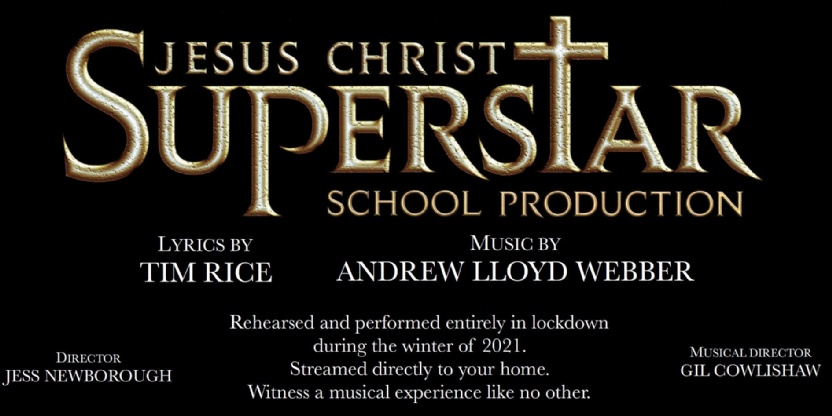 There was great excitement amongst pupils that the 2021 show was to be the fantastic 1970s rock opera hit, Jesus Christ Superstar. Originally due to be staged this week, Directors Jess Newborough and Gil Cowlishaw have just announced that this year’s College production is to be a world first, a completely virtual production.

In agreement with the rights holders the College is recording individual virtual performances that will be edited together to produce a show. If all goes to plan, the ‘show week’ will be from Thursday 1 to Thursday 8 April 2021, with tickets being sold to stream the show as often as you like during the week.  Due to the strict copyright laws, the production will then be taken down, never to be seen again!

It promises to be a highly entertaining, featuring a number of classic rock musical numbers including Gethsemane, I Don’t Know How To Love Him, Everything’s Alright and of course the powerful anthem Superstar.

Gil Cowlishaw, Director of Music, explains, “In ‘normal’ times, we would have never been allowed the opportunity to make a movie musical. In January, when the school’s closed again the easy thing to do would have been to admit defeat but that is not how we do things at Princethorpe. The music department has proved that virtual performances can work, with enough hard work from all involved, so we decided to make plans for an entirely virtual production of the show.  We were given permission from the rights holders, who confirmed that this has never been attempted before, and then checked that the cast were still up for it and of course unanimously, they were.”

It is sure to be super spectacle, so watch out for details of how to get tickets to the show.