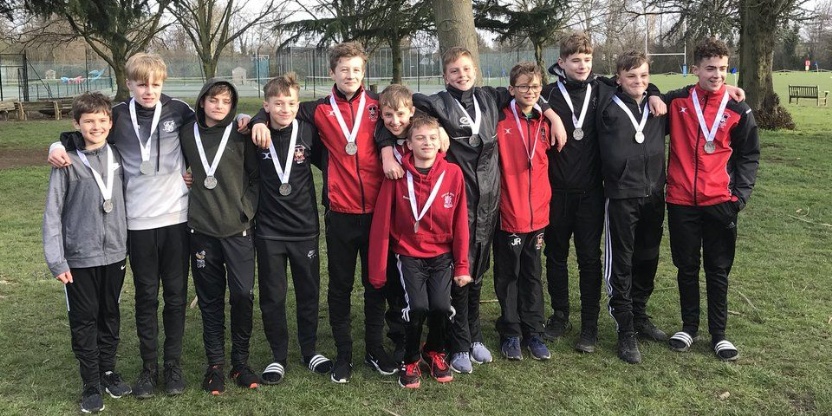 The Independent Schools Association’s U13 and U14 Rugby Sevens took place on Thursday 14 March at St James Senior Boys’ School in Ashford, Middlesex.

As pool winners, they qualified for the Cup final where they faced Boundary Oak School.  Despite another strong performance, the boys narrowly missed out, finishing second overall and taking the silver medal.  The result was a reflection of the hard work and commitment the boys have put into training this year.

Head of Rugby, Peter Bucknall, commented, “The whole team is to be commended, they played fantastically.  Well done in particular to Year 7 pupils, Vincent McNevin and Joel Nicoll, who stepped up to play in the U13 team and contributed well.”

Six teams took part in the U14 competition including Claires Court School, The Cedars School, Salesian College, Pitsford School and St James Senior Boys’ School.  In the first round, the teams played a round robin.  Princethorpe’s U14 boys started well securing two good wins: 19-12 versus Salesian College and 26-22 versus Pitsford School, but a couple of injuries saw their fortunes change and they lost their remaining three matches, and with the points difference going against them their competition ended there.

Peter Bucknall, continued, “Well done to both teams who represented Princethorpe in such a fantastic way.  Effort, attitude and teamwork were in abundance and we saw some good match play.  Congratulations to the U13s who finished second in their competition, but all of the boys performed well which is great news for both 15-a-side and 7-a-side rugby at Princethorpe.”