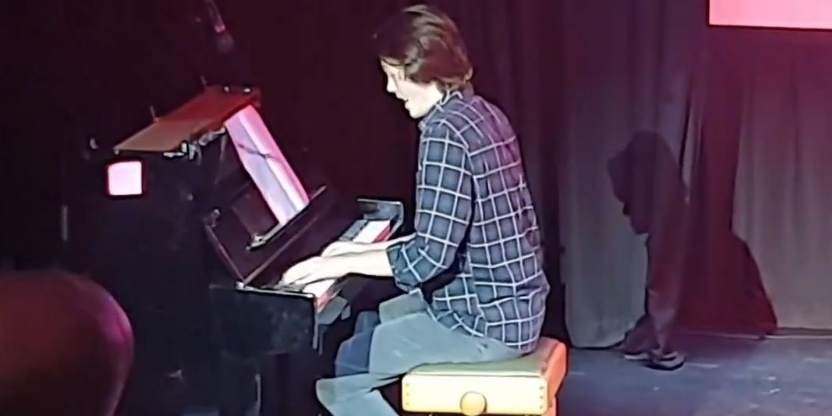 Much anticipated and always hotly-contested, the House Talent Show did not disappoint providing yet another sensational evening of entertainment for the College community.

The final was held this year on Wednesday 8 December, live in the Clarkson Theatre in front of an audience of enthusiastic supporters. 12 acts of talented, inspirational and brave pupils stood forward to represent their House.

The performance was filmed, and the recording then shared for the community to vote on with 144 votes cast when the voting closed. The results were announced live on the last day of term at the Carol Service by a very excited House Activities Leader, Ms Newborough.

In first place, for Fisher, was Upper Sixth Former and House Captain, Greg Burford, for his sensational performance showcasing his unique song-writing skills with Someone Thought It Would Be Fun, written and composed on the night. Taking joint second place this year were, Year 8, Isabella Ward, for Austin, and Year 10, Chloe Henderson, also for Fisher.

We were super impressed by the enthusiasm and commitment to their House of all our performers who also included: Martha, Elsie and Robyn, Ben, Daniel and Eve, Noah, Emily, Orla, Jemima and Delilah, Jackson, André and Ignash, and Bea.

A huge well done to all and thanks to everyone who worked so hard to put together this year’s spectacular House Talent Show.