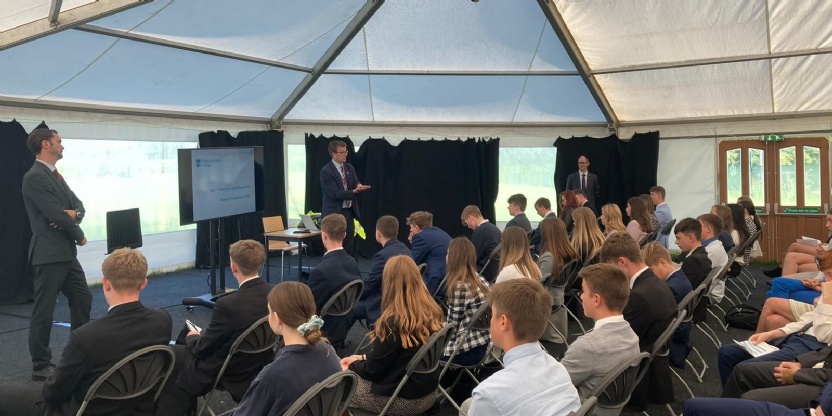 On Monday 14 September, Year 11 took time to think about life post GCSEs. In a special Year 11 Sixth Form Taster Day pupils experienced life in the Sixth Form and explored the subjects they might choose to study at A-level.

While remaining in their bubble, pupils also took their break and lunch in the Sixth Form Centre and were able to explore the facilities the College’s dedicated Sixth Form has on offer. The day culminated in an online Futures Evening for the Year 11 parents, with presentations and a Q&A on going to University hosted by Princethorpe’s Head of Careers, Jacqui Quinney alongside Head of Sixth Form, Ben Collie.

The timetable was action-packed but the Year 11s clearly enjoyed trying out life in the Sixth Form. Feedback has been very positive, with many pupils commenting on how much they enjoyed the Taster Day. For many it really was the first time they have thought about life after GCSEs.

Head of Sixth Form, Ben Collie, was very pleased, commenting, “The Sixth Form team really enjoyed working with the Year 11s. They asked a range of good questions that will have helped with their decision making and we are looking forward to our Sixth Form Open Evening which takes place next month, on Wednesday 14 October.”